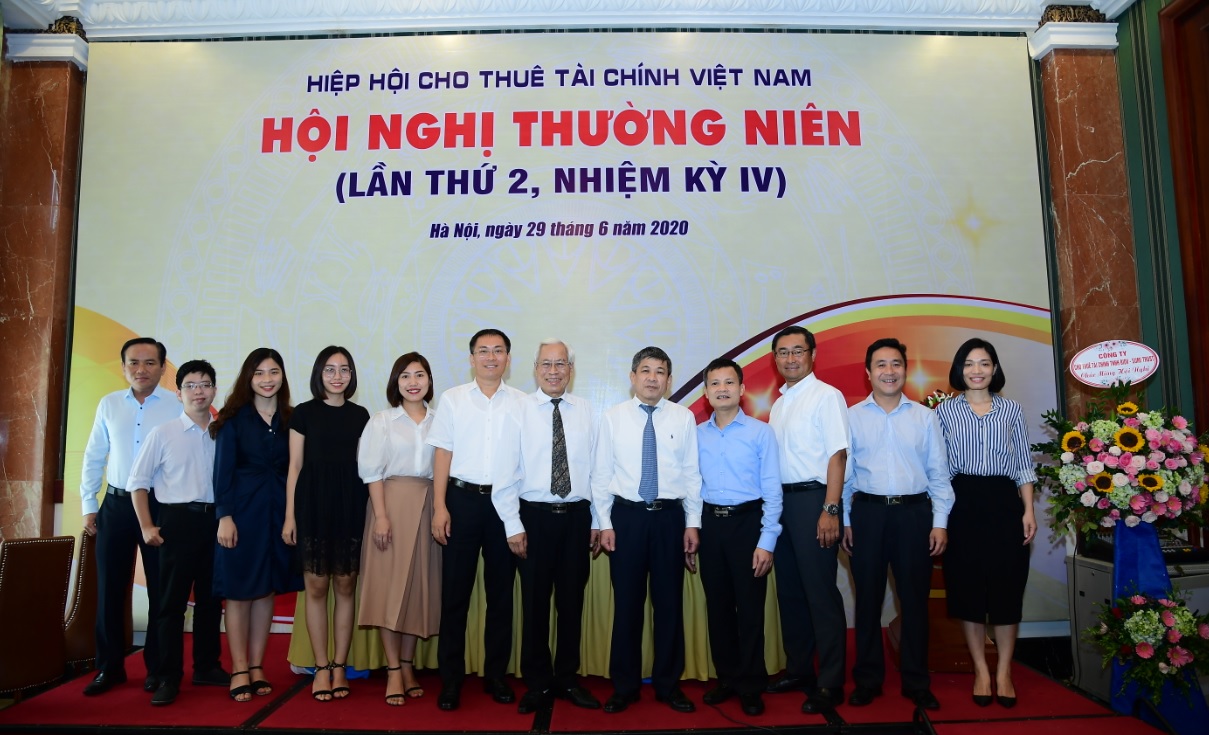 In the morning of June 29, 2020, the Vietnam Financial Leasing Association (VILEA) held the second annual meeting of the IV term according to the Association's Charter. The annual meeting of 2020 has been held later than usual due to affected by Covid-19 epidemic under the directive of the Government on social distance.

Evaluating the performance of VILEA in 2019, Mr. Cao Van Uy - General Secretary of the Association released a report on the business results in 2019 with the highlights: VILEA has 06 active members as domestic financial leasing companies; although facing many difficulties and challenges, with the determination of each company, at the end of 2019, VILEA member companies have successfully completed their business plans with core business indicators such as total assets, funding amount, outstanding balance and pre-tax profit had significant growth compared to FY2018. The bad debt ratio has been also better controlled by all member companies with the lowest non-performing loan ratio of 0.19% and the highest of 0.85%. In addition to the remarkable results in 2019, the member companies still have limitations in lending to supplement working capital due to reasons such as the mechanism is still unclear and debt recovery is difficult. Regarding the operation of the Association, VILEA has performed well the focal role with the member companies involved in: i) recommendations and proposals to remove obstacles and difficulties for financial leasing activities: the Association's opinions have been well recognized by competent agencies, typically the Ministry of Finance has issued the dispatch No. 2040/BTC-CST dated 21/02/2019 to answer the dispatch No. 67/VP dated 05/10/2018 of VILEA and, ii) discussing and commenting on the legal documents regulating credit activities of the State Bank of Vietnam (SBV) such as the Draft Circular amending and supplementing a number of articles of the Circulars on licensing, organizing and operation of credit institutions, branches of state banks and conducting comments on the implementation of laws (SBV Law, Law on Credit Institutions, Law on Deposit Insurance). In addition, the Association also assigned representatives to attend conferences organized by agencies such as the Conference on deploying banking tasks in 2019 to listen and give appropriate comments. Despite having to focus on business activities, the members have also been proactive in participating in the Association's activities. It is said that VILEA’s activities becomes more and more professional, supporting the activities of member companies.

In 2020, the Association will focus on strengthening the connecting function to gather all the members to contribute opinions to legal documents, organizing conferences and seminars to improve members exchanging. Furthermore, it is necessary to grasp the policies of the SBV to work together with the Association to develop business orientation and market development. The propaganda activity is also a target in 2020 to give the public a better understanding of financial leasing activities.

At the meeting, the Executive Committee agreed to appoint Mr. Cat Quang Duong to hold the position of Vice Chairman - General Secretary of the Association to be the successor of Mr. Cao Van Uy.

Having speech at the meeting, Mr. Nguyen Thieu Son - CEO of BSL stated that, besides the encouraging development of the whole financial leasing market, there are still obstacles in the mechanisms and policies of the regulatory agencies, which is causing difficulties for leasing companies in particular and the development of leasing sector in general. According to Mr. Son, Circular No. 21/2013/TT-NHNN stipulates that financial leasing companies can only receiving deposits and borrowings from commercial banks with a period of less than 365 days, causing difficulties for companies’ operation. In addition, there are other inadequacies such as the need to appraise the suppliers or the imposition of VAT on the purchase and rental of passenger transport services that are hindering for the operation as well as the reputation risk for the member companies. The final issue that Mr. Son also agreed with the opinions of other members was that the scope of activities of the financial leasing companies, currently under the provisions, financial leasing companies are not allowed to collect service fees other than interest, which will narrow the scope of operations of member companies.

From side of BSL, Mr. Son expected the Association as well as the member companies to actively exchange and discuss in order to find solutions for the purpose of giving suggestions to the competent state agencies to remove inadequacies mentioned above. In addition, he also wants the Association to continue promoting its strengths and efforts to improve the limitations so that the performance of the Association in 2020 will be more effective.

BSL - 3 YEAR FOR THE VIGOROUS CHANGE