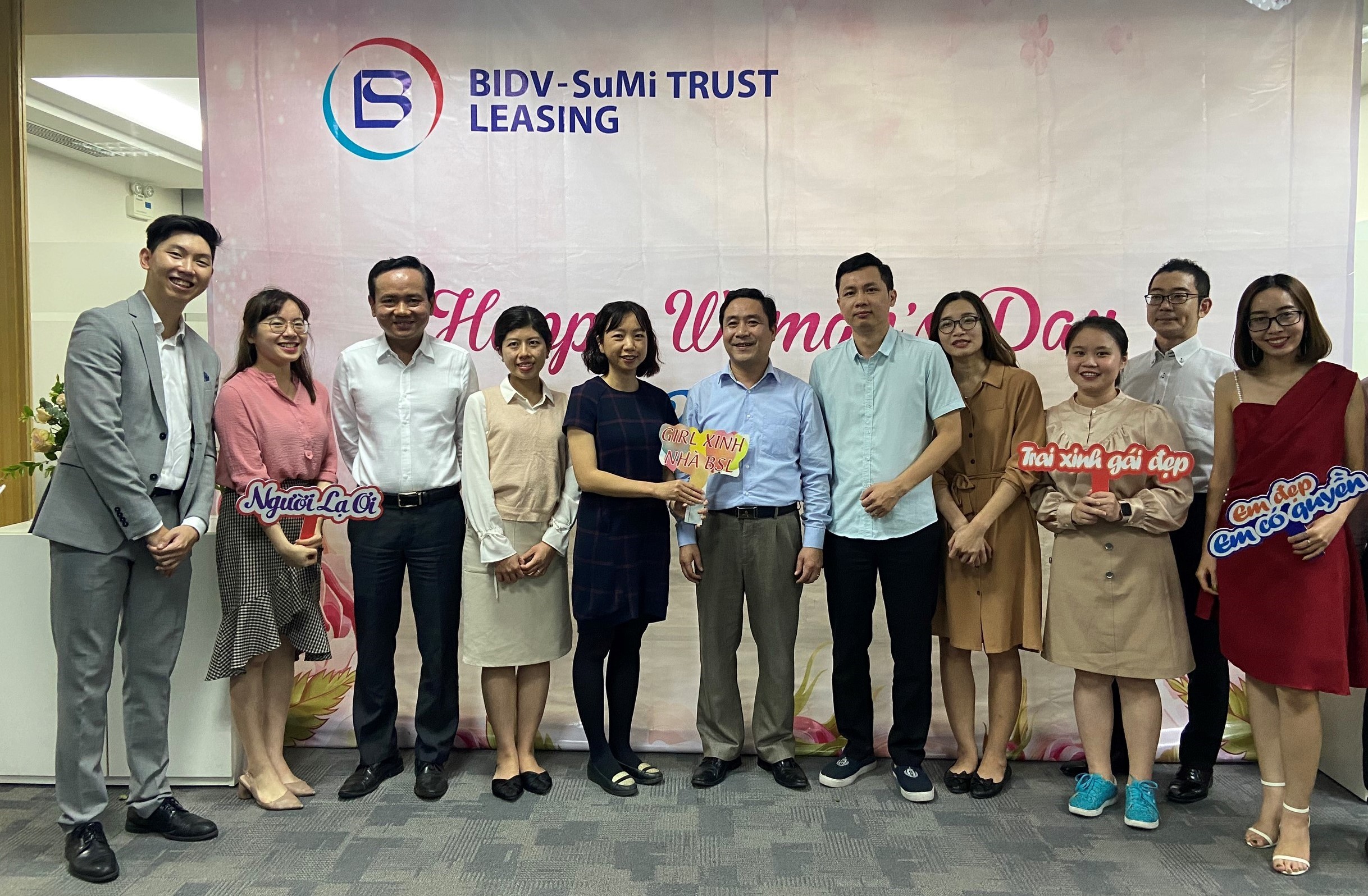 BSL culture
17/11/2020
Every year, the day of 20th October is always a special occasion which inspires the whole society to express love and care as well as revealing the deepest feelings to Vietnamese women - the competent partners at work and devoted wives and mothers in family.

For BIDV - SuMi TRUST Leasing Company Limited (BSL) to reap its today’s achievements, the women have made important and indispensable contribution. In order to honor the values ​​and dedication of the ladies, a Celebration Event was held on the 20th October 2020 with the participation of the Board of Executives and all employees of the Company. The beautiful flowers and best wishes were conveyed by the gentlemen to ladies on this particularly meaningful day. Further to the warm congratulations, a mixed doubles table tennis tournament was held at BSL. The tournament created a joyful and exciting atmosphere for BSLers to exchange, connect and practice for health enhance and endurance.

The tournament brought together amateur players from the BSL Head Office and Hanoi Branch, competing in double mixed (man-woman) team. The tournament format included 3 matches in the group stage, 2 teams with the highest scores among the 3 winning teams were selected to go to the final. To prepare for the tournament held on the 20th October, during several weeks before the event, registered players had arranged to practice after working times to acquire the best confidence and achievement. With a sport that requires speed and quick response like table tennis, men usually take advantage, but women did not step behind, they had actively learned and practiced to serve and catch the ball in a most skillful and effective  manner.

The matches took place on the 20th October at BSL Head Office with the participation of 12 amateur players which were divided into 6 teams. The matches were fiery and tensed, as expected, and it was hard for the winning couples to overcome their opponents. The co-workers left behind the usual amiable and gentle manner to play hard  with the best effort as passionate warriors. Most of the matches ended up with narrow scores when just one missed ball can determine the final result. Typically, we can quote the final match between the team of Mr. Hoang Van Phuc - Ms. Than Thi Nga from Head Office and the team of  Mr. Nguyen Quoc Thanh - Ms. Bui  Thi Khanh Huyen from Hanoi Branch. The two best teams in the tournament devoted an exciting and thrilling match to the final set. The final victory was in favor of the Head Office team.

We shared with each other the feelings of regret and joy during the game and that day would be one unforgettable memory for us. In particular, this table tennis tournament has aroused the love of sports in the heart of each BSLers, all realized that we could only work with the highest efficiency when our physical and spiritual health are in good status.

International women’s day and the story of happiness