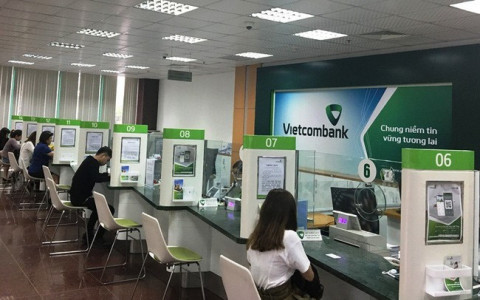 VDSC estimates that with the current growth rate and the credit ceiling for each bank, the credit growth for the whole year of 2019 may be only 13.2%.

By the end of September 2019, credit growth was estimated at 9%, lower than 10.3% of the same period last year. And compared to the target of credit growth for the whole year of 2019, the room can increase to 5%.

"Based on the credit growth situation at listed commercial banks, we estimate that with the current growth rate and the credit ceiling for each bank, the credit growth for the whole year of 2019 may reach only 13.2%. ", VDSC said. And if that happens, this will be the lowest credit growth in the last decade in Vietnam.

The current low credit growth results mainly come from SOCBs, including BIDV, Vietinbank and Agribank while the performance of other private commercial banks is still impressive. Therefore, the question is whether the State Bank will reallocate the credit ceiling among banks to reach the credit ceiling set at the beginning of the year?

VDSC's view is under two aspects. On the one hand, commercial banks such as VIB, TPB, VPB or MBB all recorded good credit growth in the first 9 months of 2019 and are currently running out of room when approaching the permitted credit ceiling of the SBV. Meanwhile, credit growth of BIDV and Vietinbank was only 8.6% and 3.2%, far from the target at the beginning of the year, respectively 12% and 7%. According to the orientation of the State Bank since the beginning of the year, banks with good asset quality can fully extend their credit room. This happened in mid-2019 when the banks mentioned above met Basel II standards.

On the other hand, in terms of macro balance, VDSC emphasizes the gap between credit growth and nominal GDP. The gap is so high that the excess of money in the economy and vice versa. Currently, the gap is at 5%, much lower than the period 2015-2017, 7-11%. Compared to 2018, by the end of the year, the gap dropped sharply to 3% from the previous 6% due to fluctuations from the world macro economy, which led to the tightening of credit and money supply growth since the third quarter of 2018.

In the current context, both domestic and foreign economic developments were quite positive with interbank interest rates returning to the period of 2017-2018, so the SBV was eligible to consider adjusting the ceiling. credit for banks. VDSC also noted that some banks have been asking for more room from the SBV.