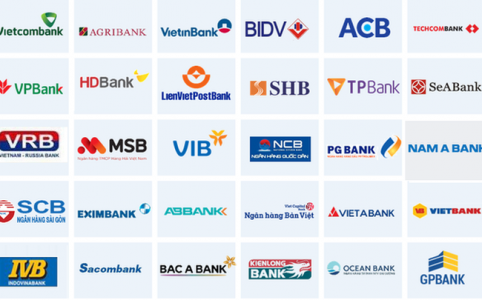 Market news
29/11/2019
Recently, the State Bank of Vietnam (SBV) has issued Circular No. 22, which stipulates limits and prudential ratios in the operations of banks and bank branches in Vietnam.
The group of state-owned commercial banks is forecast to be affected by new regulations that take effect from November this year and early next year.

Recently, the State Bank of Vietnam (SBV) has issued Circular No. 22, which stipulates limits and prudential ratios in the operations of banks and bank branches in Vietnam.

Circular 22 aims to ensure more safety for the system, but it will gradually tighten the operations of banks, causing difficulties for many banks in the coming time.

At the same time, a regulation is also said to affect the operations of banks, especially state-owned commercial banks, which is Circular No. 58 of the Ministry of Finance which takes effect from November 1. 2019.

Specifically, Circular 58/2019 / TT-BTC on management and use of accounts of the State Treasury opened at the State Bank and commercial banks prescribed, from November 1, 2019 Vietnam officially applies Treasury Single Account (TSA).

In simple terms, if the Government used to borrow debt by issuing bonds to collect money back, if the money has not been disbursed, the State Treasury may deposit it at commercial banks and owners. Most of which are state-owned commercial banks, Circular 58 now requires that the money must be collected in an account of the State Treasury located at the State Bank of Vietnam Exchange. That is, the SBV will act as a manager of money and debt for the Government.

In addition, both the tax revenue previously kept in the collection / payment accounts of the State Treasury at commercial banks can be up to several weeks (without interest), now, with the new regulation, at the end of the day must also be transferred to TSA at the SBV, the next day will be released according to the spending plan.

According to calculations by TS. Pham The Anh, in recent years, with the process of disbursement of public investment extremely slowly, the above-mentioned idle amount amounted to more than VND 200,000 billion and is a great benefit for commercial banks having warehouse accounts. State silver.

Our aggregate reality through the financial statements of banks also shows that, in 2017, the amount of State Treasury deposits at commercial banks amounted to 236,000 billion. At the end of 2018, in only three banks, Vietcombank, BIDV and VietinBank, the deposit balance of the Treasury reached VND 216,000 billion, besides that, a large amount of money was also transferred to deposit at banks. privately owned stock such as MB. By the end of the first 9 months of 2019, the State Treasury's deposit balance at major banks continued to be stable at over VND 200,000 billion.

Assuming that the interest rate margin is about 3%, commercial banks are estimated to have about VND 6,000 billion profit from this cash flow each year.

But now, the money must be transferred to the State Bank and commercial banks will no longer benefit. Although Circular 58 does not require all treasury deposits to be fully transferred to the central focal point immediately from November 1, 2019 (term deposits will wait until maturity). The movement of this huge cash flow will surely affect the operation of banks.

"In the past few years, the liquidity of the banking system has been extremely good, interbank interest rates have sometimes dropped to about 1-2% partly due to the Government's idle money in commercial banks. the continuous purchase of foreign exchange (about US $ 30 billion in the last 3 years) also caused the amount of money in the system to skyrocket.The SBV had to issue bills to withdraw the excess money. system accounts will drop sharply "- TS. Pham The Anh assesses one of the effects of applying Circular 58.

And the fact that recent developments in the interbank market also show that the State Treasury gradually withdraws money from commercial banks, combined with seasonal factors, the demand for payment at the end of the year has increased. Dynamic liquidity system. The situation was "heavier" in the week immediately following the interest rate lowering action of the State Bank on November 19. Within a week, the interbank interest rate doubled and by November 26 the SBV had to intervene by sharply lowering the lending interest rate through the open market (OMO) to pump cheap capital at 4%. / year (instead of the previous 4.5%) for banks. The agency must also net inject money into the system continuously. Until November 27, the interbank interest rate just reversed to decrease but remained at a high level compared to the past few months.

But any policy will have two-way effects and the policy to be implemented often has more advantages than disadvantages. In addition to impacting on commercial banks in the direction of cutting off profits gained by the "treasury" of the State Treasury, Circular 58 is also assessed to have many benefits. It not only helps the monetary policy operator to have a closer cooperation from fiscal policy, to increase the initiative in capturing and balancing the amount when regulating capital in the system everyday but also can "free hands" to buy more foreign currencies.

However, according to expert Pham The Anh, there are certain concerns. "By adopting TSA, the SBV has now become the cash flow manager and debt manager, even the last lender to the Government. This inevitably raises concerns about the confusion of monetary policy. and fiscal policy, or concerns about the "monetization" of public debt when the SBV does not have independence, does not publish the balance sheet as other central banks in the world "- he said . Therefore, in order for Circular 58 to be an effective tool to contribute to a more effective monetary policy, it requires the SBV to be extremely skillful in operating.

Officially raising the loan limit for small and medium-sized enterprises from November 8, 2019

Textile still faces difficulties in the last months of the year